We will be tackling the route over 3 days. The provisional route plan is below though this may change on the road as we see fit. As mentioned earlier in the blog, the official Way of the Roses route is Morecambe to Bridlington but due to family ties we will be finishing the route in Scarborough.

A nice gentle start to the trip before it ramps up into the Dales. Hopefully the leg muscles will be nicely warmed by then, and the energy gels will keep them going!! That climb between miles 35 and 39 looks interesting. 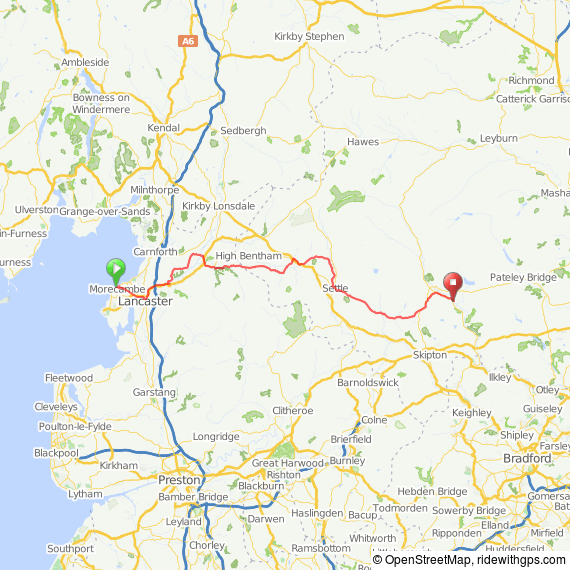 After a sharp climb to start the day and a brake wearing descent into Pateley Bridge it’s pretty much pan flat across the Vale of York.I think the full English breakfast will have to be foregone for the more sensible porridge though. Not sure greasy bacon is the right fuel for the tank!!This is the day most likely to be treated to the ad-hoc directions treatment. The official Way of the Roses route cuts straight through the centre of York. I’m not sure second guessing the intentions of Saturday afternoon shoppers is wise, so maybe a diversion around the north of city is more prudent. 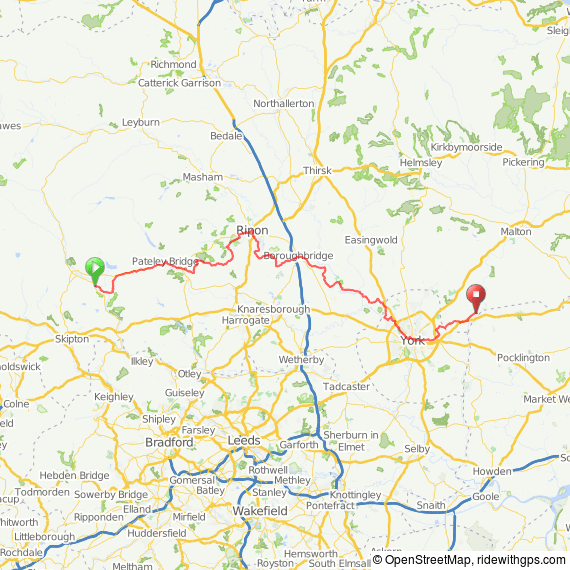 Day 3 is where it gets personal. The official Way of the Roses tracks from Morecambe to Bridlington. I wanted to ride to Scarborough not Brid so this is all my own work. Undulating, rolling, call it what you will the routes over the Wolds are certainly lumpy. With 2 days riding in the legs this is going to be a challenge in itself but what’s the point of it being easy?

Key points on the route planning were avoiding the busy A roads and being sensible on the hills. The A64 may be more direct but it’s a very busy, fast road that would be no fun to ride. I’ve also avoided the climbs out of Langtoft and Foxholes – the car doesn’t like them and I don’t think the legs would either.

At least the profile shows its a downhill to the finish at the Spa!! 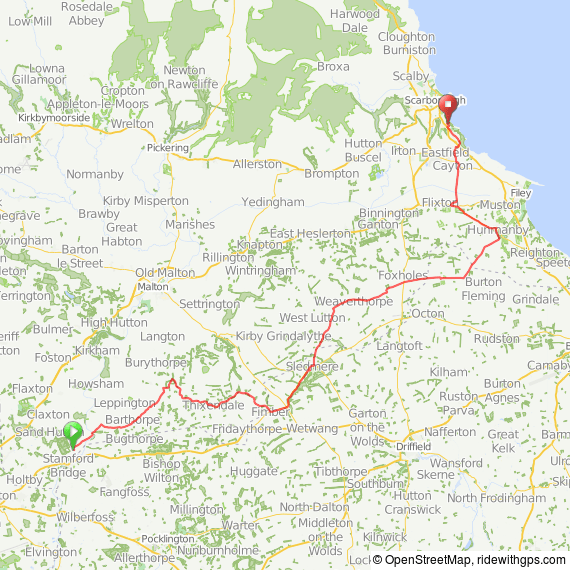